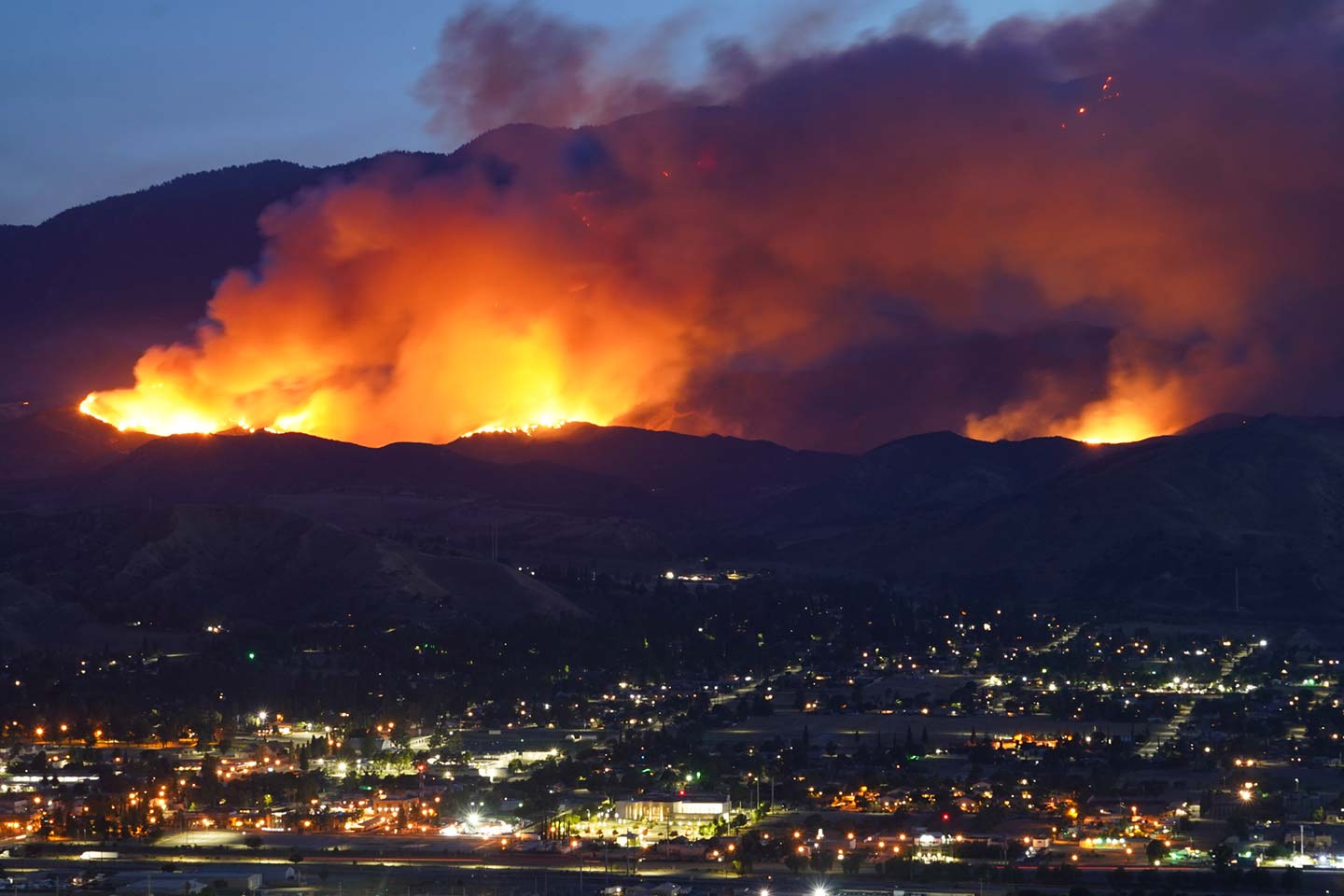 A wildfire is a large, uncontrolled inferno that burns intensely and quickly spreads through wild landscapes. When these blazes reach civilization, they can destroy homes and put people’s lives in danger. If you live in an area prone to wildfires, it’s important to understand what causes these infernos, how they spread, and the risks they present. Here are some interesting facts about wildfires that you should know.

While wildfires can start naturally from lightning strikes and spontaneous combustion of dry fuel, the U.S. Department of Agriculture reports that humans cause nearly 85% of wildfires in the United States. Examples of this activity include leaving campfires unattended, improperly disposing of cigarettes, knocking over powerlines, burning debris, and committing arson.

Wildfires thrive in dry, arid climates and drought-ridden locations because these areas are brimming with flammable materials like dead plants and dry vegetation. Additionally, some evergreen trees, like pine trees, have flammable oils that can burn when exposed to heat.

Wildfires need fuel, heat, and oxygen to begin and stay alive, but they require strong winds to spread the flames and cause an inferno of destruction. Once the wildfire begins and spreads, it can travel at a rate of up to 6.7 miles per hour in forests and up to 14.27 miles per hour in grasslands. In 2017, the Thomas Fire in California spread so quickly that it moved at a rate equivalent to a football field per second.

According to data from the U.S. Census, California has approximately 11.2 million people living in the wildland-urban interface (WUI) — the area where houses are in or near wildland vegetation. When the vegetation dries out in the WUI, it puts all those people in the line of a potential wildfire. If you live in the WUI, it’s important to prepare for wildfire season by creating an emergency plan and making your home as fireproof as possible.

Fact #6 — Many ecosystems depend on wildfires for their survival

Wildfires can become catastrophic when they reach the wildland-urban interface. However, naturally occurring wildfires are a normal part of many ecosystems. For example, mature forests and grasslands can get too crowded for new plants to thrive. When a wildfire occurs, it consumes old, dead material and clears away competitive species. The wildfire aftermath enables important nutrients to return to the soil and provides a new, healthy beginning for plants and animals.

According to the U.S. Energy Information Administration, the United States emitted 5,130 million metric tons of carbon dioxide into the Earth’s atmosphere in 2019. These carbon dioxide emissions trap heat, causing average temperatures around the globe to rise. As a result, droughts are becoming more frequent and lasting longer, which means more heat and drier fuel to trigger combustion and potentially start a wildfire.

According to the Congressional Research Service (CRS), an average of 61,289 wildfires occurred annually in the United States from 2012 to 2021. As a result, these wildfires consumed an average of 7.4 million acres annually.

Whether you live in California or another state where wildfires happen, it’s crucial to protect your family and property when disaster strikes. One of the best ways to get peace of mind during wildfire season is to purchase homeowners insurance from Mercury. We’ll work with you to create a home insurance policy that helps keep you and your family protected during the wildfire season.