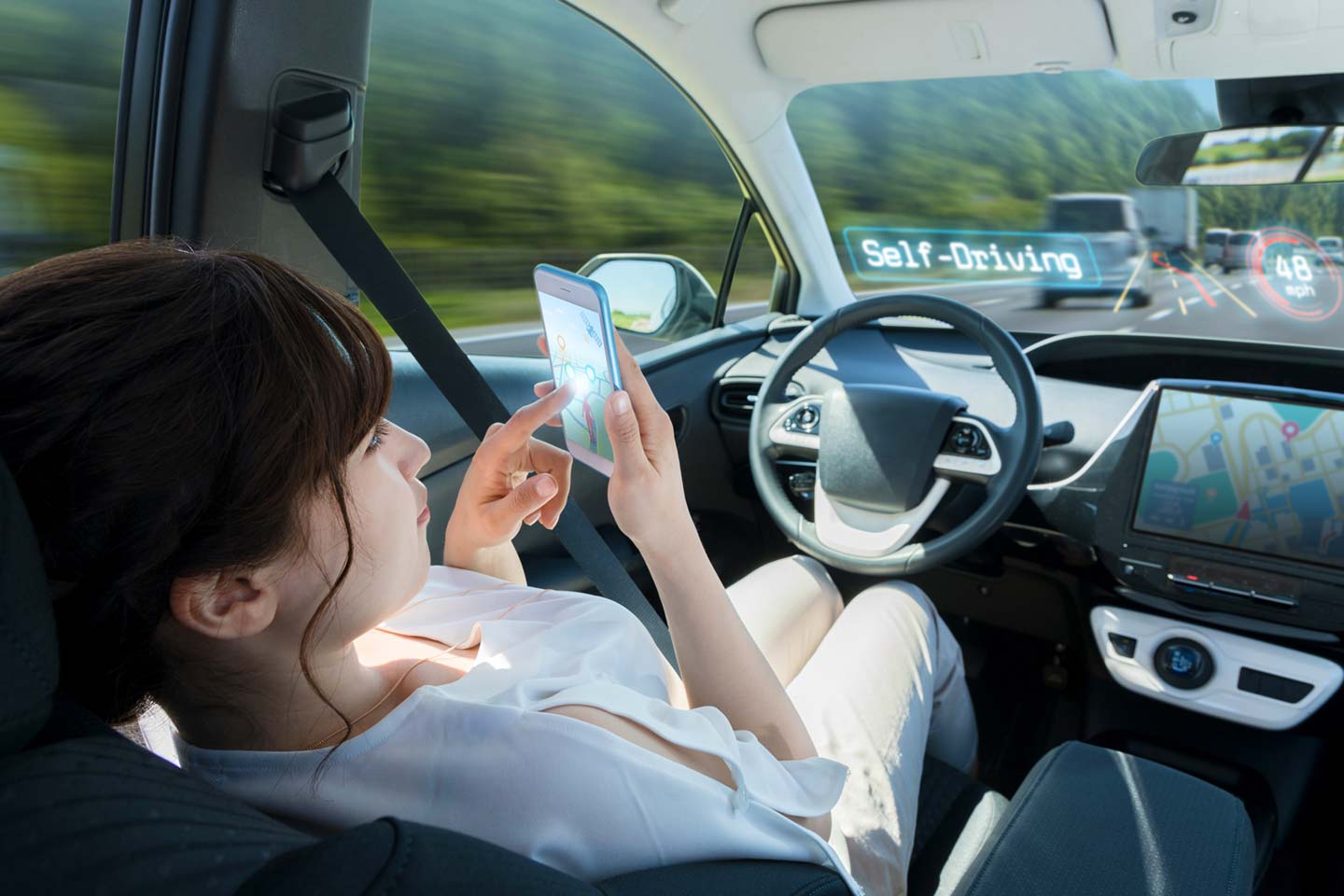 Driverless vehicles have been featured on-screen in movies and television for decades. One of the most famous is KITT, the Pontiac Firebird Trans Am from the 1982 TV series “Knight Rider,” which could drive itself in Auto Cruise mode, helping the show’s hero Michael Knight fight crime in key action scenes.

The automotive industry has invested billions of dollars – making significant technological advancements since the early 2000s – to bring driverless vehicle technologies to the real world. However, the fantasy of KITT’s on-camera “driverless” mode (spoiler alert: it was aided by an unseen backseat stunt driver or tow cable) is more enticing than actual self-driving vehicle capability, according to drivers.

Not only are today’s drivers less likely to ride in one, but they’re also less receptive to sharing the road with them. Last year, Mercury Insurance polled U.S. drivers about driverless vehicles and only one-third (34%) said they would ride in one. Additionally, 66% said they are scared to share the road with one. Comparatively, when Mercury polled drivers in 2018, nearly half (45%) responded they would ride in an automated vehicle and just over half (53%) were scared to share the road with one.

Currently, there are no vehicles on sale to the public that are fully autonomous, but automakers continue to introduce advanced driver-assistance systems (ADAS) that increase vehicles’ driverless capabilities.

Many are equipped with Level 2 technology that can alert drivers when they’re drifting out of their lanes and re-center the vehicle or automatically apply the brakes to avoid or lessen the severity of an impending front-end collision. Twenty automakers have made a voluntary commitment in collaboration with the National Highway Traffic Safety Administration (NHTSA) to equip almost all new vehicles with low-speed automatic emergency braking (AEB) technology by August 31, 2023. As of December 2020, 10 manufacturers – Audi, BMW, Hyundai, Mazda, Mercedes-Benz, Subaru, Tesla, Toyota, Volkswagen, and Volvo – are meeting this goal ahead of schedule.

“As more autonomous driving technology is rolled into new vehicles, it’s important for drivers to understand how these systems work, and why and when they activate,” said Jeff Schroeder, Mercury Insurance Vice President and Chief Product Officer. “Without this understanding, drivers may choose to disable a collision avoidance system – like lane departure alerts, for example – meaning it’s unable to function as intended and, thus, defeating its purpose. It’s also critical for drivers to understand that, even with this technology, they still need to be attentive 100 percent of the time.”

The Society of Automotive Engineers (SAE) outlines six levels1 of autonomous driving capability on the pathway to a fully automated vehicle:

“We continually monitor vehicle introductions for the latest developments in autonomous driving capabilities to see where there may be an opportunity to incorporate additional vehicle safety discounts into our auto insurance policies,” said Schroeder. “These technologies are designed to help drivers avoid collisions or mitigate the effects if a collision occurs and one of our primary goals is to keep drivers and their passengers safe, as well as others who share the roadways with them.”