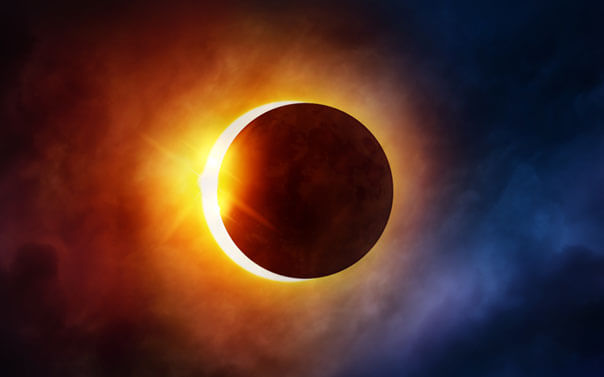 A total solar eclipse will occur across the U.S. on Monday, August 21, causing the daylight sky to darken for a few minutes as the moon moves between the sun and Earth. This rare event will be magnificent to witness, but what does it mean for daily drivers?

These four tips can help keep you safe on the road during the total eclipse of the sun.

1. Plan ahead. The eclipse’s path of totality stretches from Lincoln Beach, Oregon, at 9:05 a.m. PDT to Charleston, South Carolina, at 2:48 p.m. EDT, so viewing the eclipse depends on your location at a given time. If you’re outside its path, you’ll only be able to see a partial eclipse. Regardless, if you can avoid driving during that time to see a rare wonder of the universe, that’s the safest option, because it will undoubtedly divert attention away from the road for millions of drivers across the country.

2. Pay attention to the road. It may be tempting to take a quick glimpse at the sky to see the phenomenon of the moon orbiting in front of the sun, but your first priority should be to keep your eyes on the road. If you want to see it, make sure you pull over in a safe place before directing your attention skyward.

3. Be aware of others. You may be a responsible and attentive driver, but that doesn’t mean those who share the road with you are. The eclipse can be a major distraction for those around you, so if you are driving at this time, just focus on the road and be extra aware of what is going on around you. This is especially important because there may be more cars as avid astronomy fans take to the highways and byways to drive to a location where they can get the best view of the eclipse.

4. Pull over. Remember tip no. 1? If you aren’t able to avoid driving during the peak of the eclipse, but still want to experience its splendor, pull over at the nearest rest stop, gas station or another safe location away from traffic and pedestrians.

Finally, a rule we’re taught as children is just as important today as it was then – never stare directly at the sun. Although it will briefly be obscured by the moon during the eclipse, the sun’s rays are just as powerful up until the eclipse reaches its peak. Eclipse glasses should be worn to prevent the risk of burning your retinas. Of course, these shouldn’t be worn while driving, but only if you’re in a safe place to witness this celestial marvel.