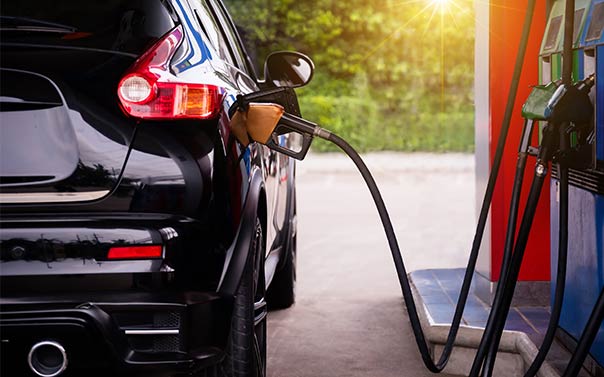 Gasoline vs. Diesel: What is the Difference?

Several automobile manufacturers offer diesel-powered cars, but are they a good option?

Many of us have pulled up to the gas pump at our local convenience store, absentmindedly picked up the nozzle at the end of the green hose and spent a few seconds of confusion wondering why it wouldn’t fit into the fuel filler of our car. We eventually realize it was the hose for diesel, not gasoline, and put it back on its holder.

Seeing those hoses at the gas pump does make us wonder, though. What’s the difference between a gasoline engine and one that runs on diesel fuel, and why would someone choose one over the other?

In fact, gasoline and diesel engines have much in common. Both are internal combustion engines, and each convert the chemical energy in fuel into mechanical energy. Both incorporate pistons that move up and down inside cylinders, with that movement driven by the combustion of fuel in each. Those pistons are attached to a crankshaft, which turns as the pistons move to provide the energy that moves the vehicle.

The difference between the two engines involves the way the fuel is ignited. In the gasoline engine, the fuel is mixed with air in the cylinder. The piston compresses the mixture, which is then ignited by a spark from the spark plug.

In the diesel engine there is no spark plug. Instead, it’s the compression itself which ignites the air/fuel mixture, creating the contained explosion that keeps the pistons moving.

When most of us think of a diesel engine what comes to mind are the 18-wheelers we see on the interstate. While it’s true those rigs run on diesel, there are plenty of other diesel-powered vehicles on the road. They aren’t very common in the United States, but in Europe more than a third of all cars on the road are powered by diesel fuel.

The main advantages of a diesel engine compared with a gasoline one come in terms of fuel efficiency, engine reliability and power. Because diesel engines are built to withstand higher compression, they tend to be more reliable and last longer than gasoline engines. Diesel fuel is thicker than gasoline, and as such provides more power and mileage per gallon.

With all that in mind, which type of engine is the best choice? The answer is that, as with many things, it all depends.

Years ago, diesel fuel was significantly cheaper than gasoline, but today the opposite tends to be true, making any savings in fuel costs relatively minor. Diesel engines tend to be more reliable than gasoline ones, but diesel-powered cars tend to cost more up front and repairs are likely to be more costly. Conversely, gasoline-powered cars are easier and less expensive to maintain and fuel efficiency is constantly improving.

Although diesel fuel used to be associated with black smoke belching from the exhaust, today’s diesel is relatively clean-burning. Newer diesel-powered cars produce lower levels of carbon dioxide than gasoline-powered cars, but higher levels of particulates and nitrogen oxides. When adding environmental concerns to the mix, gasoline engines have a slight advantage over diesel ones.