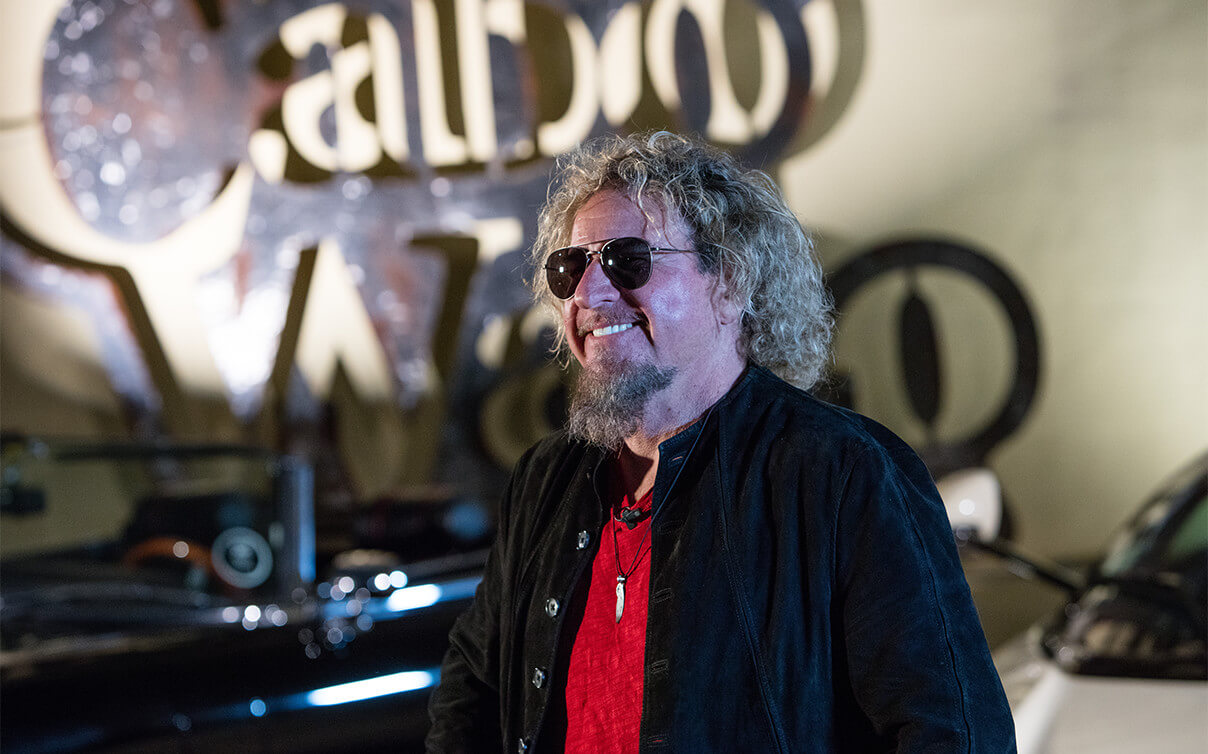 Sammy Hagar has always been a car nut. He used to cruise around town in the back seat when he was 4-years-old, rattling off the make and model of every car his father pointed to. They’d play the name game every time they went out on a trip. And, little Sammy could name them all.

While most kids his age would take their bikes to the park or corner store, 7-year-old Sammy would ride seven miles to the car dealership to sneak a peek at the Ford Cobras on the lot. He and his friends would pop the hoods to look at the engines. One time, a dealer even let him sit in the driver’s seat. Sammy was hooked.

“Cars have always been a big thing to me. There’s something sexy about getting in a car with [a lot of] horse power. It sounds good, especially with an open top,” Sammy said. “And you’re going down the road and listening to music with somebody you dig. There’s something cool about that. It’s just like being on stage.”

Sammy paid for his first car mowing lawns, working paper routes, picking up just about any odd job to make money. He bought a six-cylinder, 1951 Chevy for $50. “I wanted it because it had a floor shift. I thought that was the coolest thing on the planet.”

The Red Rocker’s love affair with automobiles never faded, and today, his garage is filled with cars he’s collected throughout his career. Check out Mercury Insurance’s exclusive interview below and take a step inside Sammy’s car collection.