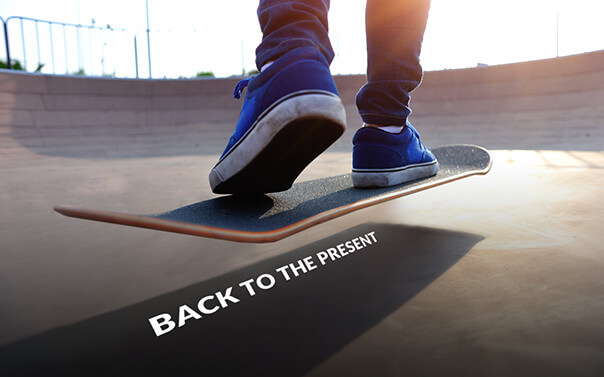 In the blockbuster film, Back to the Future: Part II, Dr. Emmett “Doc” Brown convinces Marty McFly and girlfriend Jennifer Parker to travel with him to the year 2015 to prevent a robbery involving his future son, which would trigger catastrophic series of events involving the entire future family. To accomplish their goal, they are forced to navigate a strangely unfamiliar world, far different than the one they know in 1985.

Science fiction movies are well known for making predictions about what the future holds for some of humanity’s more cherished inventions – like the self-driving cars in I, Robot for example.

Here is a list of some of the most memorable 2015 inventions in Back to the Future: Part II and their real-life counterparts:

Few movie moments captured the hearts of skateboard enthusiasts more than when Marty commandeered a little girl’s hoverboard to escape Griff Tannen and his gang of misfits. Although Marty’s experience with the hoverboard was short-lived, the hoverboard concept led to many Kickstarter campaigns and projects attempting to turn science fiction into reality.

Arguably the best attempt at a real world hoverboard was announced in June 2015 by luxury auto manufacturer Lexus when they unveiled the “Slide” to the world. The board is made of bamboo and liquid nitrogen-cooled super conductors that allow it to achieve levitation and support the weight of a rider a few inches off of the ground.

To the dismay of Back to the Future fans and science fiction lovers, the “Slide” only works in specific environments like the skate park that Lexus had retrofitted with magnets to support the project. Lexus has no plans to make the board publicly available – stating that the project was merely a marketing activity.

The self-lacing Nike sneakers that Marty wore in Back the Future: Part II instantly caught the eyes of shoe collectors. While limited edition tributes have been made over the past few years, with collectors snatching them up for as high as $9,500 a pair, as of yet no-one has been able to automate this mundane process.

Of all the predictions made in the film, the one that has developed beyond the movie’s predictions is video communication. Direct video conferencing is already possible using a number of mainstream options including Skype, Google Hangouts and Apple Facetime. What wasn’t predicted, however, was the decline of the fax machine, used in the movie to deliver the untimely job termination of older Marty.

Doc Brown returns to 1985 – the then present time – with a new fuel source for his DeLorean – garbage. In reality, an all-electric DeLorean made an appearance at the New York International Auto Show in 2013. The new version claimed to hit 60 miles per hour in under 5 seconds, making the dash to 88 miles per hour faster than ever thought possible in 1985. Unfortunately, flying cars haven’t arrived yet and while recycling of garbage has improved since then, we have yet to find a way to commercially power our vehicles with it.

When Marty first arrives he’s presented with a video news feed stating that the Cubs won the World Series. Another correct prediction? Only time will tell as the Cubs currently battle the Mets in the National League Championship series.

Looking at the Back to the Future trilogy, one can only wonder where we will be in another 30 years. The movie has inspired creation of many things thought impossible, so what’s next on the road to the future? Perhaps, where we’re going, we won’t need roads.