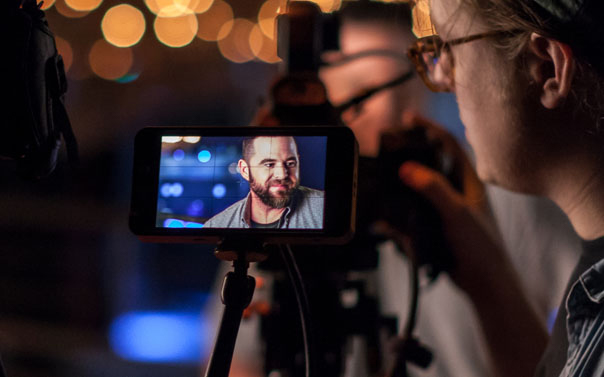 Route 91 Harvest Festival returns to Las Vegas, bringing country music to the Strip for a third consecutive year. MCA Nashville and Grammy-nominated recording artist David Nail sat down with us in an exclusive interview to talk about the excitement of playing Las Vegas and his pre-performance rituals.

A first-time Route 91 performer, Nail moved to Nashville after high school to pursue his career in country music. At the age of 20 he landed a record deal and has gone on to release four albums – his most recently released album, “Fighter,” comes on the heels of his massively acclaimed album, “I’m A Fire,” which landed on many “best of” lists, including Rolling Stone Country, NPR, iTunes and Billboard. It produced one of his now signature hits “Whatever She’s Got,” which became a No. 1 certified PLATINUM hit selling over 1 million copies and was named one of the Top 3 country songs of 2014 by Billboard. “Whatever She’s Got” has joined a list of signature hits that include his first No. 1 “Let It Rain,” “Red Light” and now his most recently released Top-15 single “Night’s On Fire” from Fighter.

The three-day country music festival ups the ante with big-name headliners in the 2016 lineup including Toby Keith, Luke Bryan, Brad Paisley and, of course, David Nail.