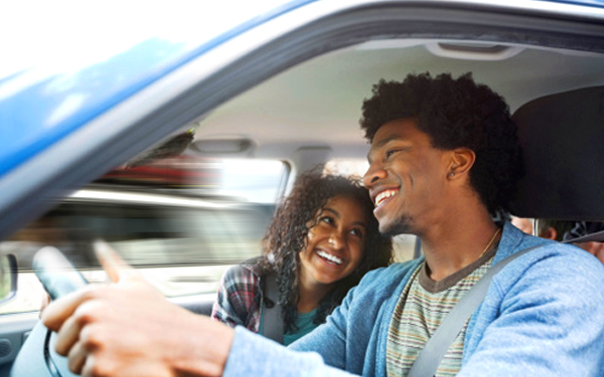 The Freedom Freeways Bring Us

Most people have a love-hate relationship with freeways.  We love them when they’re not clogged by rush hour traffic because a freeway lets us get from point A to point B at a relatively fast pace – driving the speed limit, of course.  We love freeways because they keep us out of the stop and go grind of city traffic.

However, with the good comes the bad.  Traffic is tough and Los Angeles is a perfect example.  Los Angeles ranks no. 1 in traffic jams in the U.S. according to INRIX, a leading provider of traffic services, and is home to more cars per capita (roughly 1.8 cars per household) than any other metropolitan area in the U.S.  Los Angeles does have plenty of miles of road, however, 915 freeway miles to be exact.

The freeway system was born in 1940 when Los Angeles’ SR-110 (Arroyo Seco Parkway) was built to connect downtown to Pasadena.  It was the beginning of a transportation revolution that transformed cities and allowed people to live long distances from where they worked. Nobody could have imagined the traffic explosion we see today, however, and those benefits we saw more than 70 years ago have all but disappeared for many drivers who brave modern day freeways.

Today, many of our freeways are choked with bumper to bumper traffic for large portions of the day and transportation professionals are struggling to find ways to unlock the gridlock. One solution that is starting to gain some traction is HOT – High Occupancy Toll lanes.

CALTRANS has launched HOT lanes in LA County, which enable drivers to pay a fee to use special lanes to reduce congestion, and these express lanes average speeds of 64 mph versus 48 mph for the general purpose lanes.

Another innovative program designed by CALTRANS to aid drivers is Real Time Traffic conditions.  Commuters get up-to-the-minute traffic reports for freeways, including speeds and which lanes are affected by accidents.

While these new programs won’t eliminate traffic, it may help improve the drive. And speaking of improved drives, here are some helpful tips to help you get to your destination quickly and safely: