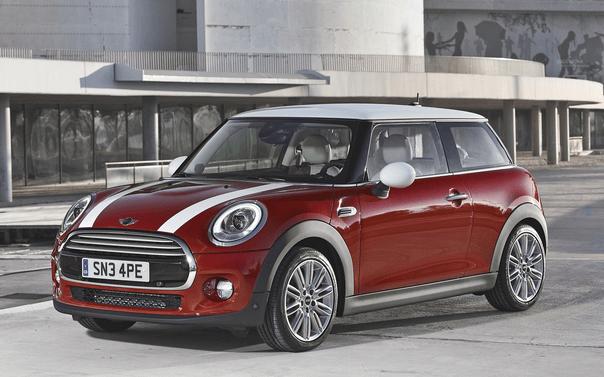 The 2014 Mini Cooper is all-new, but still sporty, spunky and fun like the 1959 original. It’s available with features that aren’t expected in most small cars – active cruise control, head-up instrument display and standard Bluetooth phone pairing – and there are treats like color-changing mood lighting and parallel park assist.

The 2014 Mini benefits from trickle-down technologies from parent company BMW, but starts at a touch above $20,000. A new turbocharged three-cylinder engine is more powerful than the bigger four-cylinder from the 2013 model and it’s available with a standard six-speed manual or six-speed automatic transmission. The 134-horsepower version packs plenty of power for its size and returns an EPA-estimated 42 mpg on the highway, while the Mini Cooper S offers 189 horsepower from a turbocharged four-cylinder for those wanting more oomph.

“The 2014 Mini Cooper sips gas and has a low cost of ownership, but offers plenty of fun behind the wheel,” said Jeff Schroeder, Mercury Insurance senior product manager. “And it’s one of the most affordable small sporty cars to insure.”

The 2014 Mini is longer than its predecessor, with much of it going toward the front to improve safety. Inside, materials and controls are higher-quality and more intuitive. The Mini is still, cheeky and charming, but it’s better laid-out, with the speedometer in front of the driver instead of between passengers and far more usable cupholders.

Mini has refined a winning recipe. Larger cars have always sold better in the U.S., but the Mini Cooper has made it cool to think small.